Hi there! I'm Jen Lieberman, a multi-hyphenate actor-writer-producer and have an ongoing love affair with the creative process.  As a child when I wasn't training  as a competitive gymnast I fantasized about being on popular TV shows like Saved By The Bell so began writing myself guest roles in spec scripts at 8 years old. Once I graduated from York University I moved to New York City at age 20 with a duffel bag and a dream...and after years of perseverance, now that dream of writing and performing is my reality.

I'm constantly crafting and in process. I have several projects in development including the provocative dramatic romance feature film Longing, about four couples in Manhattan who become entangled as their relationships are falling apart.

I have over 30 international stage credits in Canada, the US, Australia and Europe, seamlessly maneuvering between classical, comedic and dramatic work.  As a stand-up comedian I've performed in legendary clubs from The Comedy Store on the Sunset Strip, to the New York Comedy Club to Yuk Yuk's in Toronto.

Some of my writer/producer credits include the short films DETAILS and LEASH, which both screened at the Festival De Cannes Court Métrage among other international festivals. My hilarious award-winning solo show Year of the Slut is now the Amazon #1 Best Selling novel "Year of the What" and the recipient of the Gold Medal for Coming of Age Books at the 2022 Global Book Awards, the Literary Titan Silver Book Award (2021), the Bronze Medal for romance/erotica ebooks at the 2022 IPPY Awards and the Scribble's Worth Best RomCom of 2021. Year of the What? is available on Amazon, Kindle, Audible and just about everywhere books and audiobooks are sold. 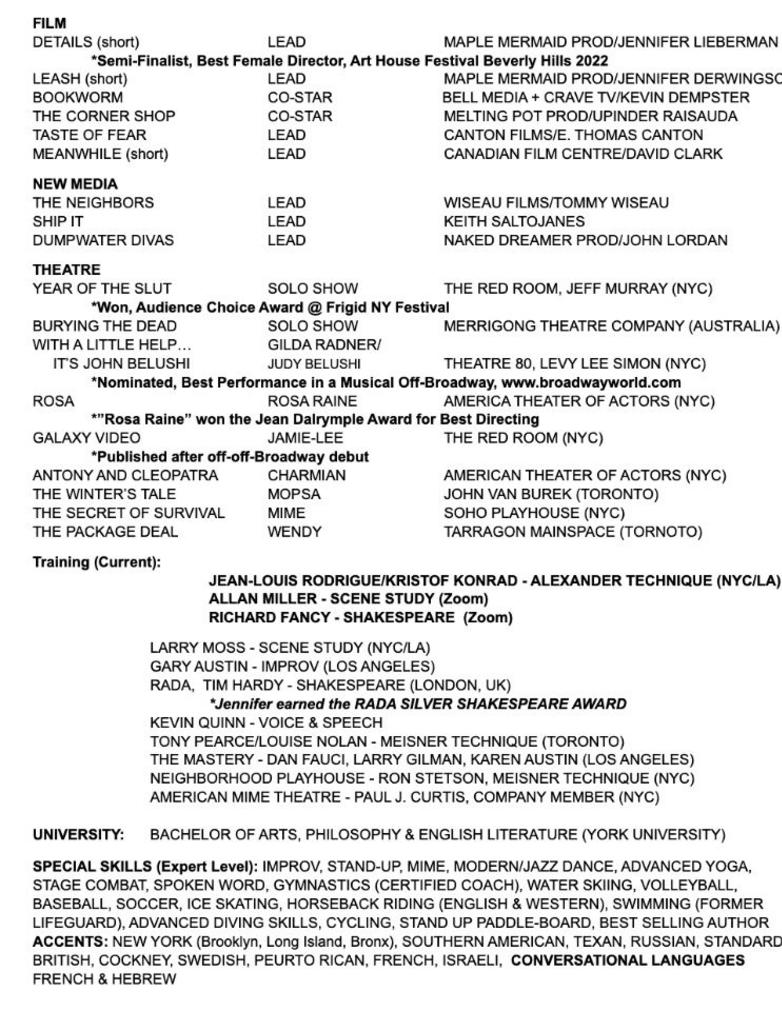 If you'd like to stay tuned through my creative adventures you can subscribe to my newsletter below.  Thanks for stopping by :)